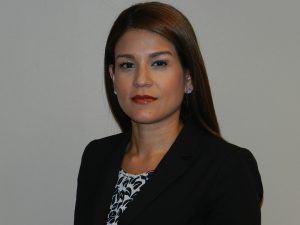 (Nashville, TN) District Attorney Glenn Funk has made an historic appointment in naming the first Latino Assistant District Attorney to serve in Davidson County Criminal Court. General Lody Limbird has been assigned to Division VI Criminal Court where she handles prosecution of domestic violence cases with a special interest in aggravated assault by strangulation. A native of Colombia, South America, General Limbird is a graduate of Nashville School of Law and Middle Tennessee State University. “It is an honor and a great responsibility to be named the first Latina ADA appointed to Criminal Court,” General Limbird said. “In order to understand the needs of the people we serve, it is important for public servants to also reflect the diversity of the community.”

General Funk has been committed to increasing diversity in the DA’s Office by appointing the largest number of Latino and African-American attorneys in office history, as well as the appointments of minorities to other key leadership positions. “If our office can reflect the diversity of our community, then members of the community will trust that they will be treated fairly. True diversity leads to true justice,” Funk said.

General Limbird is one of eleven lawyers representing Nashville’s rich diversity. Prior to joining the DA’s Office, Limbird worked as a legal secretary for the Tennessee Coalition to End Domestic and Sexual Violence and as an assistant at Room in the Inn at the Campus for Human Development.First Latino Criminal Court appointment