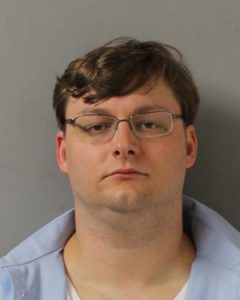 (Nashville, TN)—It was a case both the prosecution and the defense admitted was difficult for jurors to hear. After listening to three days of testimony in the child rape case against Jeremy Ledbetter, a Davidson County jury took less than an hour to find the Nashville man guilty on all counts. Prosecutors described the case, which included testimony about the sexual abuse of children and animals, one of the most disturbing and appalling cases they had seen. The young victim testified that the rape and abuse by Ledbetter occurred from the time he was 10 until 12-years-old.
Ledbetter, 29, was convicted on the following charges:
•        Rape of a Child–2 counts
•        Aggravated Sexual Battery/Victim Under 13-two counts
•        Induce Sexual Activity by a Minor-two counts
•        Display Sexual Acts to a Minor Under 13-one count
Assistant District Attorney Chad Butler said the guilty verdict gave the victim the justice he deserved and helped to give back a piece of his childhood. “All victims of child sexual abuse who testify in front of their abusers are brave to do so. The young victim in this case was particularly courageous for standing up and testifying about the type of humiliating abuse he suffered at the hands of Jeremy Ledbetter,” Butler said.
Ledbetter faces up to 134 years in prison when he is sentenced on August 18.
Click here for full press release…