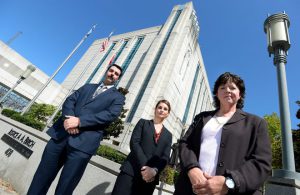 A man believed to have infected dozens of women with the potentially life threatening virus, HIV is now behind bars, thanks to the hard work of the Nashville District Attorney’s office, Metro Police Detective Kevin Wiles, Criminal Court Judge Steve Dozier, and the victims who had the courage to testify. Danny Perry II is being labeled as a “Predator”, according to Assistant District Attorney Kate Melby, who handled the case for the Nashville District Attorney’s office alongside Victim Witness Coordinator Cathy Harrison. Melby added that even though Perry is now behind bars for the next six years, more charges would be filed if more victims come forward.  “We’re here for any victims who have the strength and courage to come forward.  We want them to know we’ll support them no matter what the circumstances.”